Our research is centered on three areas: (1) Spectroscopic studies of molecular magnetism; (2) Synthesis and characterization of transition metal complexes; (3) Development of new chemical analyses. Both fundamental chemistry and applications are studied.

Many transition metal and lanthanide complexes have unpaired electrons. Thus, their molecules are magnetic. Recently molecular magnetism has been actively studied as many such complexes are single-molecule magnets (SMMs). SMMs may be used as new data storage materials with much larger capacities than the current digital media. In addition, SMMs are potential candidates for quantum computing. Challenges in SMM studies include: (1) Determination of magnetic separations in SMMs; (2) Understanding of magnetic relaxations. We have used neutron scatterings, such as inelastic neutron scattering (INS) and quasielastic neutron scattering (QENS), as well as far-IR (or terahertz) and Raman spectroscopies under magnetic fields to determine the magnetic separations in SMMs and to probe magnetic relaxations. One example (Figure 1) is the use of INS to determine zero-field splittings (ZFS) in transition metal complexes and the signs of the ZFS parameter D. INS is one of few unique techniques to give ZFS parameters directly. The studies are collaborations with scientists at Oak Ridge National Laboratory, National High Magnetic Field Laboratory, and NIST Center for Neutron Research, among others. 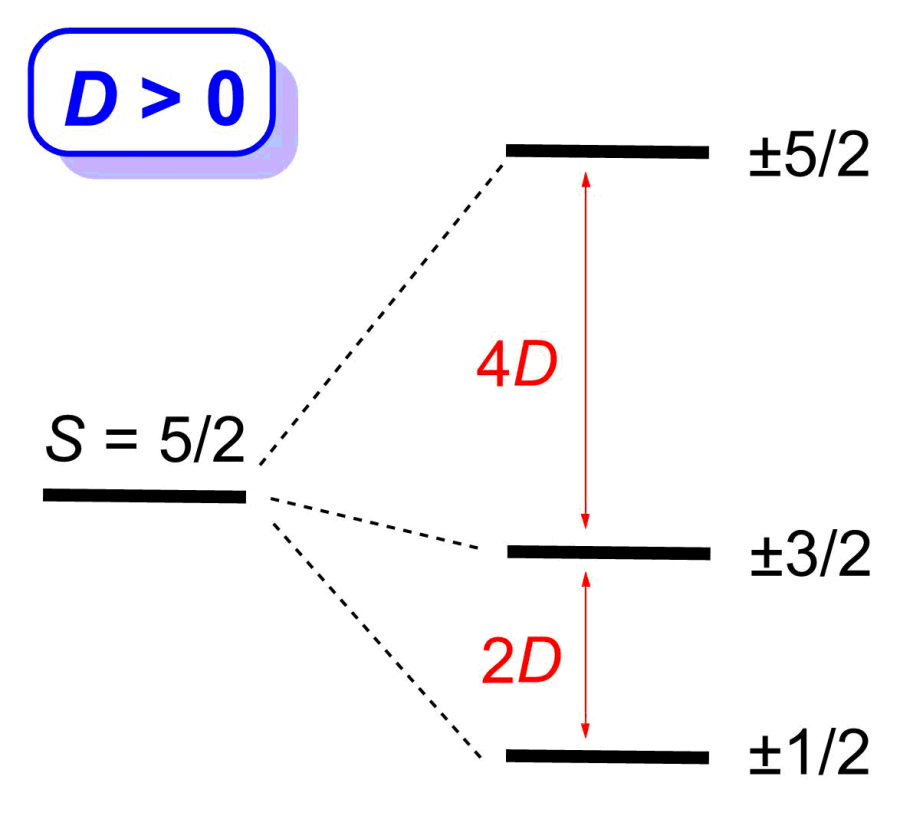 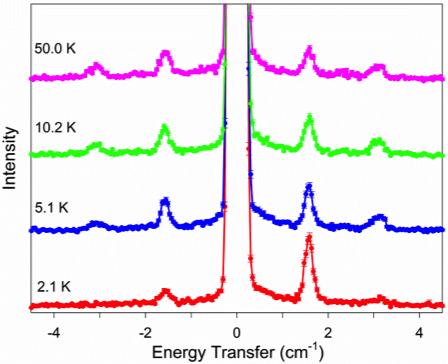 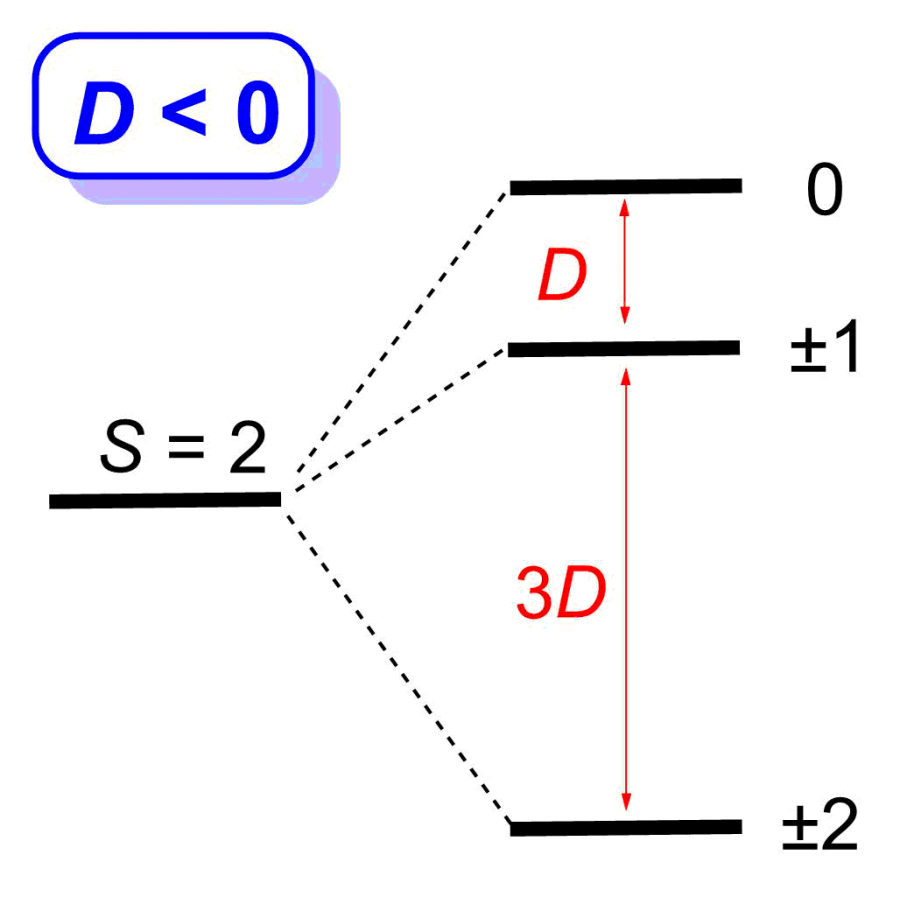 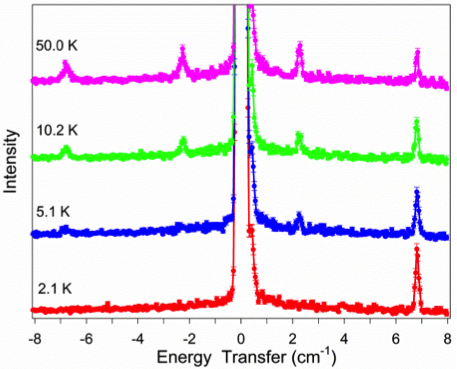 We have prepared new transition metal complexes, especially those of d0 ions, and studied their reactions with O2 in order to understand the redox nature of the reactions. Our work has shown that, with d0 ions, ligands in the complexes, such as amide NMe2–, often undergo oxidation by O2. We have also found that NMR chemical shifts of d0 transition metal compounds show two trends: (1) α-Atoms of single-bonded ligands in 1st– & 3rd-row complexes are less shielded than 2nd-row analogs; (2) α-Atoms of multiple-bonded ligands are more shielded down a group in the periodic table. The trends are based on the analysis of NMR shifts of published complexes.

We are developing new methods to analyze trace chemical and biological species. One goal of the research is to make the new methods on portable devices and convenient to use. Optical probes for ppb-level hydrogen sulfide gas, ppm-level carbon dioxide in air, and trace chloroform in water have been targets of recent work. The optical probes are based on color and fluorescence changes of indicators in thin films. In addition, we have been developing new electrochemical methods for trace metals such as lead, cadmium, and palladium in pharmaceutical matrixes.

The flagship campus of the University of Tennessee System and partner in the Tennessee Transfer Pathway.